Racial and insurance-based disparities in muscle-invasive bladder cancer (MIBC) have been well documented. However, little is known whether these disparities are affected by the type of treatment facility. We aimed to investigate the impact of treatment in academic facilities on disparities in patients with MIBC.

Treatment at academic research facilities did not mitigate racial and insurance-based disparities. AA race and uninsured/Medicaid status were consistently associated with worse overall survival even in AC. 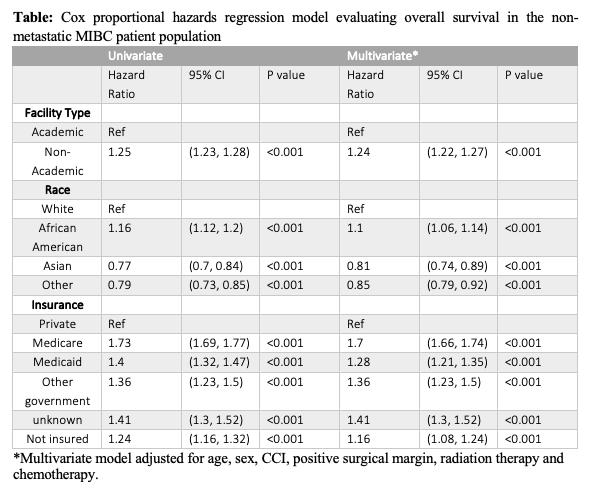 DOES TREATMENT IN ACADEMIC CENTERS DECREASE RACIAL AND INSURANCE-BASED DISPARITIES IN PATIENTS WITH MUSCLE-INVASIVE BLADDER CANCER?