A retrospective chart review was conducted on patients surveilled for clinical NMIBC from 2013-2020 with at least one follow up cytology result after diagnosis. Patients were classified into risk categories according to AUA NMIBC guidelines. Data were obtained regarding tumor recurrence pathology and the frequency and findings of surveillance cystoscopies and urine cytologies. Any and all cytology results were classified as negative (atypical or negative for malignant cells) or positive (suspicious, malignant). Cytology results were correlated with cystoscopy and pathology findings when obtained within 3 months of the cytology specimen to determine if cytology impacted plan of care.

214 patients with NMIBC were followed for a median of 34 months, with 1045 urine cytologies collectively obtained over the surveillance period. There were no positive urine cytologies among patients with low-risk NMIBC; therefore, cytology did not change management in this cohort. The potential for cytology to escalate management for patients of any risk group (i.e., positive cytology in the absence of positive cystoscopy or pathology findings) occurred in 30 (2.9%) cases. However, clinical decision making was only altered in 4 cases (0.4% of all cytologies) (Table 2).

Less than 1% of urine cytology specimens collected during NMIBC surveillance impacted clinical management, none of whom had low-risk disease. The use of urine cytology for surveillance of low-risk NMIBC should continue to be strongly discouraged, as it did not change management in any such cases. Given how infrequently it altered management in patients with intermediate/high risk disease, further evaluation of the cost/benefit ratio of this test should continue to be evaluated. 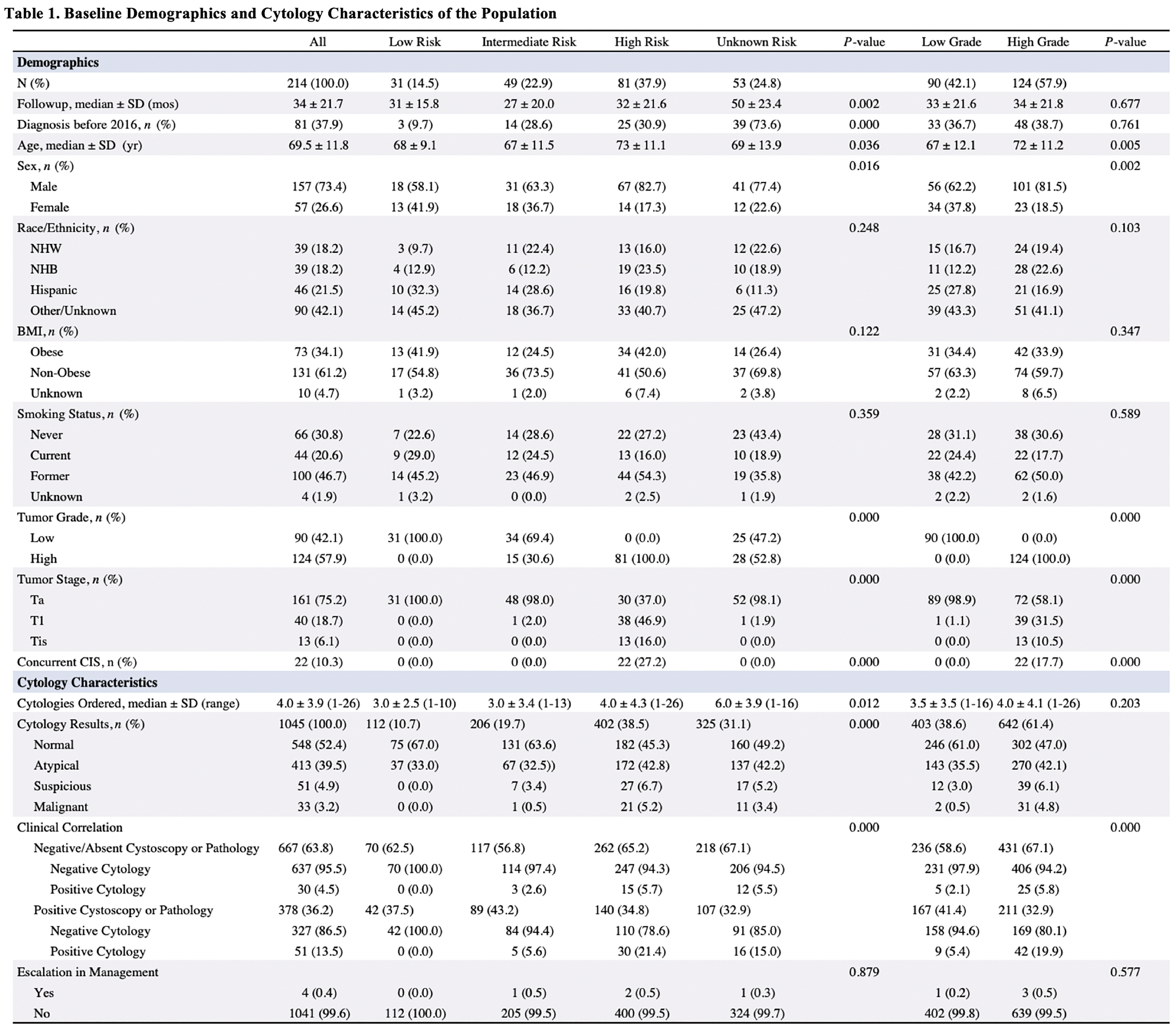