We conducted a population-based, cohort study using data from the Surveillance, Epidemiology and End-Results (SEER) program. We identified 116,796 prostate cancer cases diagnosed between 1992-1997 and followed them until 2017. Our primary outcome was prostate cancer-specific survival. We calculated annual prostate cancer mortality rates and actuarial survival rates using by age of diagnosis, tumour grade and race.

In this large cohort study, the annual prostate-specific mortality for men with low- grade disease increased with time since diagnosis. The majority of deaths from prostate cancer in the US occur in men initially diagnosed with low-grade disease. 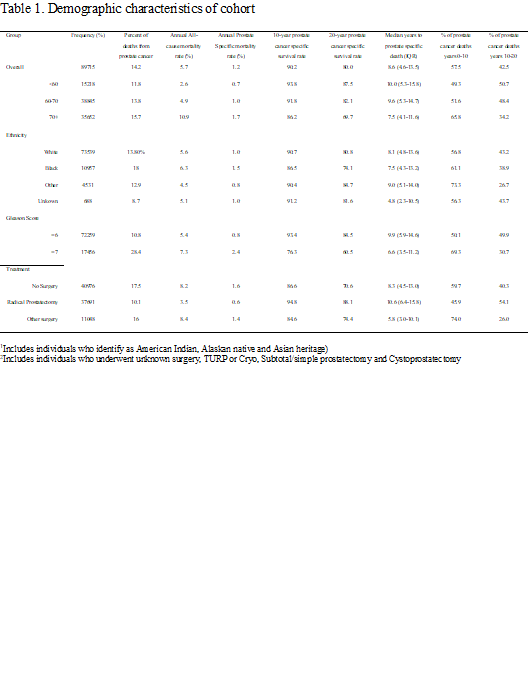 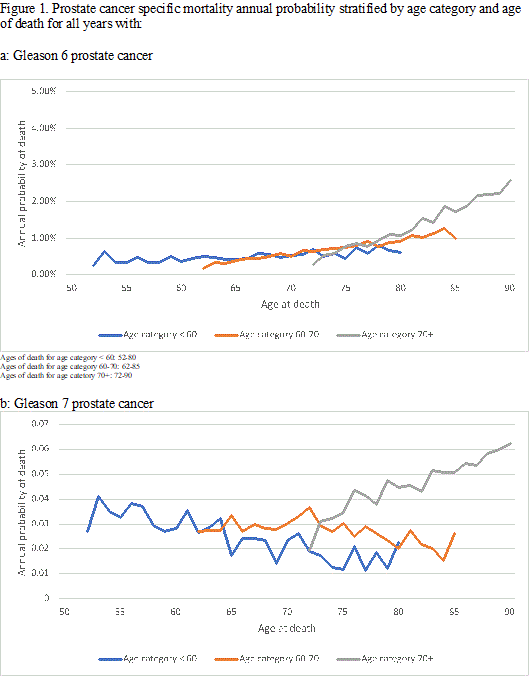 PATTERNS OF MORTALITY AFTER PROSTATE CANCER: A SEER BASED ANALYSIS