Management of metastatic Renal Cell Carcinoma (mRCC) is in the process of a dramatic evolution with the proliferation of systemic agents and reassessment of the role of cytoreductive surgery. The immunological impact of cytoreduction of the primary tumor on systemic disease has long been recognized by the phenomenon of spontaneous regression of distant metastases.  We sought to investigate the impact of commonly considered clinical and histologic features on survival outcomes following cytoreductive nephrectomy (CN) for mRCC.

Increased primary clinical tumor size ≥7cm was an independent risk factor associated with worsened CSM and ACM in patients with mRCC.  Further investigation is necessary to confirm our findings and to delineate the mechanisms responsible for this phenomenon. 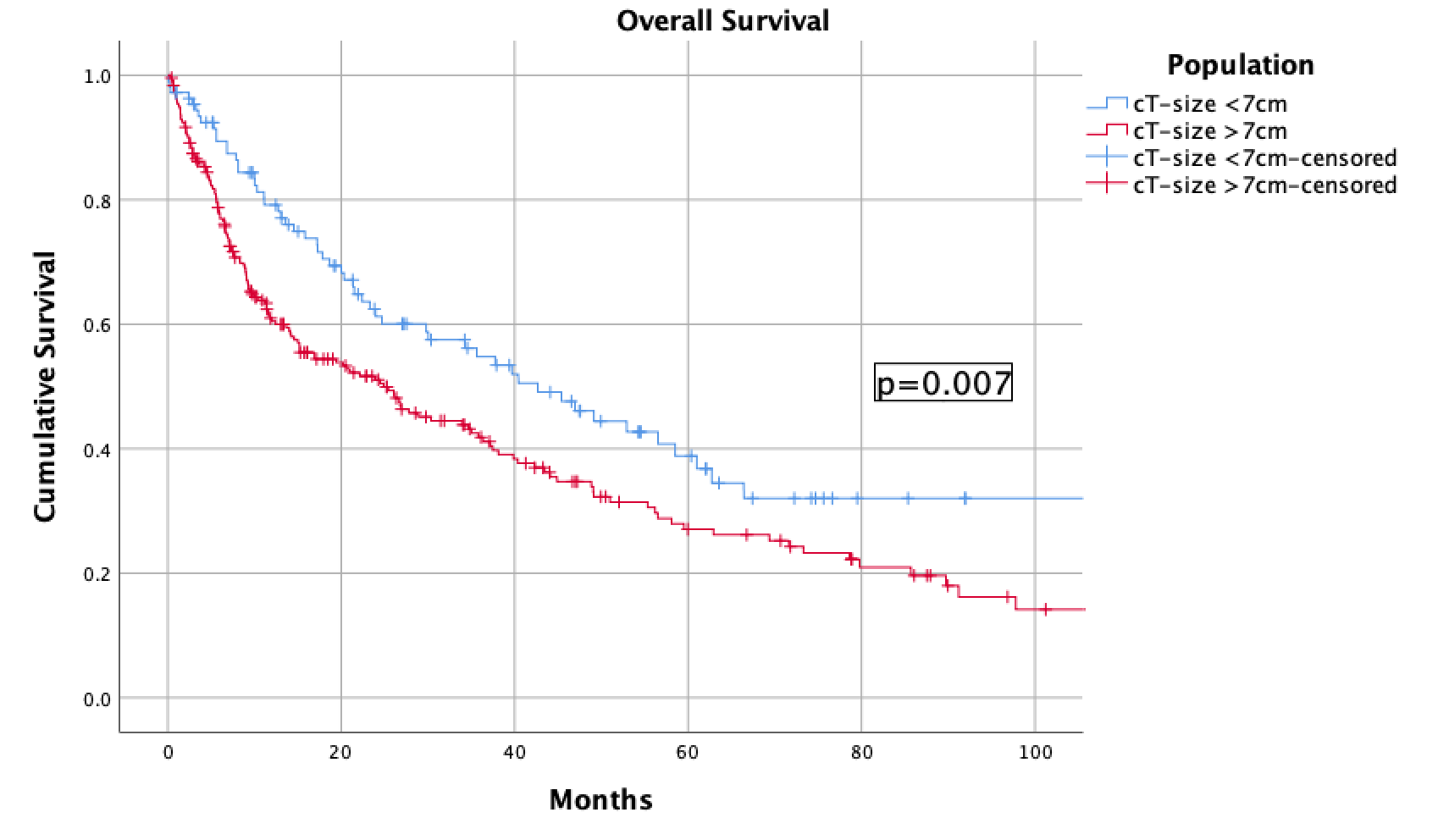